In the summer of 2015 an article about me made the front page of the Newcastle Journal newspaper. It carried the headline ‘It’s not as if I told my careers teacher at school that I wanted to be an alcoholic.’ I’m quite proud that actually, it also happens to be true.

Spending a lot of time with addicts I’m aware the blame game stigmatism still exists towards my client group. The idea that anyone afflicted with an addiction did so by choice is preposterous! Do people really think we decide a spell of being homeless is a good idea, a period with no money, no job, no-one to trust, financial chaos, health problems? I think not!

We’re not daft you know, us addicts. I held down a canny job, even got promoted somehow! Most people never knew a thing, the lemonade bottle half full of vodka in the top drawer, the other bottles hidden around the building keeping my supply at hand. All carefully monitored and controlled, just like with my job. I honestly enjoyed my job and apparently did it well, but all the time I was living in a parallel universe, dictated by my obsession for booze.

Every waking second, and many more in my subconscious mind, was spent thinking about drinking. I would automatically calculate my alcohol requirement for the day ahead, how much I needed to get up and running, how much money I had to replenish stocks, and where the best deals were to purchase the required amount of alcoholic units at the best price. All alcoholics I know seem to have an inbuilt calculator to process this information with uncanny accuracy.

For me though, the real world was still there as well, not letting me free from my responsibilities, well not all the time anyway. I think back at it as hanging on to my last strand of common sense. I knew I had to stop drinking sometime, or die. I wish I could tell you what happened to make me stop on 14th September 2004, what was that ‘lightbulb’ moment? I can’t explain but it did happen.

There’s more to tell about the chaos I left behind (the aforementioned article gives some more detail) but from that day onwards I have tried to rebuild my life and setting up Clean Slate has become an integral part of it.

Having worked with a financial institution during my early sober career setting my finances in order seemed a good initial first step for me, and so prioritising my debts into essential and not-so-essential became a foundation for my own personal recovery. However as I attended meetings that focused on other aspects of recovery it quickly became apparent that financial difficulties were holding back other people in fighting their addiction, and the first foundations were laid for Clean Slate. 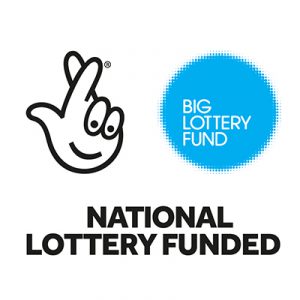